Ms. Gipsy Shalon grew up in Los Angeles California. She is a multi talented 6 ft. tall high fashion international model (who modeled for Versace, Chanel, Revlon, Armani, Guess, Cover Girl and many more.  Plus a entertainer, singer/songwriter, composer, remixer, and electronic music producer/DJ.  Gipsy uses a guitar, electro keyboard, a computer and production software(DAW) to create her own productions on her label GEMSTONE MUSIC.  Gipsy made a remix of Mark Ronson & Bruno Mars Uptown Funk,  Martin Garrix Scared to be lonely, Galantis Runaway (U&I), Pussy Cat Dolls Don't cha and Kelis Milkshake mixmash up.  Gipsy is very energetic, ambitious and a accomplished world traveler. Who has traveled and performed in Europe, Asia, Australia and South America in work and fun. To know Ms. Gipsy is really exciting not only is she beautiful but after talking to her you realize how intelligent, talented and witty she is.  She also writes her own comedy.  Her music and talent speaks for itself.

When Gipsy was in her teens in high school,  in her spare time she would do volunteer work for the elderly.  After finishing High School Gipsy enrolled and took classes in computers, voice, guitar, keyboard, songwriting, electronic music production and Djing.  After her studies she formed a band and got gigs performing all over the US.  After some years performing,  Gipsy got an offer to sing overseas in Europe.  While singing and Djing in Europe Gipsy got an offer to do high fashion modeling and runway shows.  Between her modeling jobs she would sing and Dj.  She did modeling, singing and Djing for some wonderful years in Europe.  After Europe Gipsy got another offer to go to Asia to Dj and sing starting with Shanghai. (she accepted) She started to perform all over Asia combining Djing and Singing in her live Dj sets, plus in between her gigs nailed some modeling jobs.  Gipsy is a real live trooper.  Gipsy always had a undying love for music and always found time to do her passions singing, writing and producing music with her laptop computer and Br-900 she brought on the road everywhere she traveled.

While Gipsy was in Asia, Macau on her last engagement.  Gipsy was voted best dj of the month.  After that engagement was over  Gipsy decided to move back home to the USA and move to Las Vegas (The entertainment Capital of the World) to perform and be the best among the best and near her DJ/Producer Icons.  Everything Gipsy did she was successful whether it be modeling, singing or djing here or internationally she always made it happen.  Her life philosophy quotes  "Never give up, failure is not the end, (You learn from failure) "Whenever in doubt check it out" And "The more you know is how high you can go" "Go after your dreams, "research and knowledge is the key to the world Universe"

The proof of Ms. Gipsy Shalon success is the attendance of thousands of people watching her shows internationally.  After being the hottest and most popular Dj in Macau, Gipsy takes it all to a higher level.  She sang wrote and produced a song title "I'll SET YOUR WORLD ON FIRE AND TAKE YOU HIGHER AND FILL YOU WITH FANTASIES." (SOON 2 BE RELEASED)  Gipsy presently lives in Los Angeles and works from her home studio. She wanted to show her love and admiration for her Dj Icons and wonderful Las Vegas so she produced, sang and wrote a song dedicated to Las Vegas,  the title "MAGIC LAS VEGAS" Which is a EDM song & video about exciting Las Vegas entertainment life.  You can catch it on Youtube:  Stay tuned, Gipsy is full of Surprises;  Expect uploads of her new songs, remixes, mashups and announcements of where Gipsy will be performing for her upcoming Dj Club Shows, Events and EDM festivals.  Also you can expect uploads of her performances as a singer/entertainer.

So I asked Gipsy how would you describe yourself to your audiences and new fans; and I said to her." say something funny."  She smiled and looked me in the eyes and said "I'm sweeter than sweet and better than candy, so don't get too close, you might get a cavity.  So if you guys and gals are planning on sticking around me for a mighty long time, you better make sure you have really good dental insurance".  We looked at each other and started laughing. JOIN GIPSY SHALON. MAILING LIST, SUBSCRIBE, LIKE AND FOLLOW. 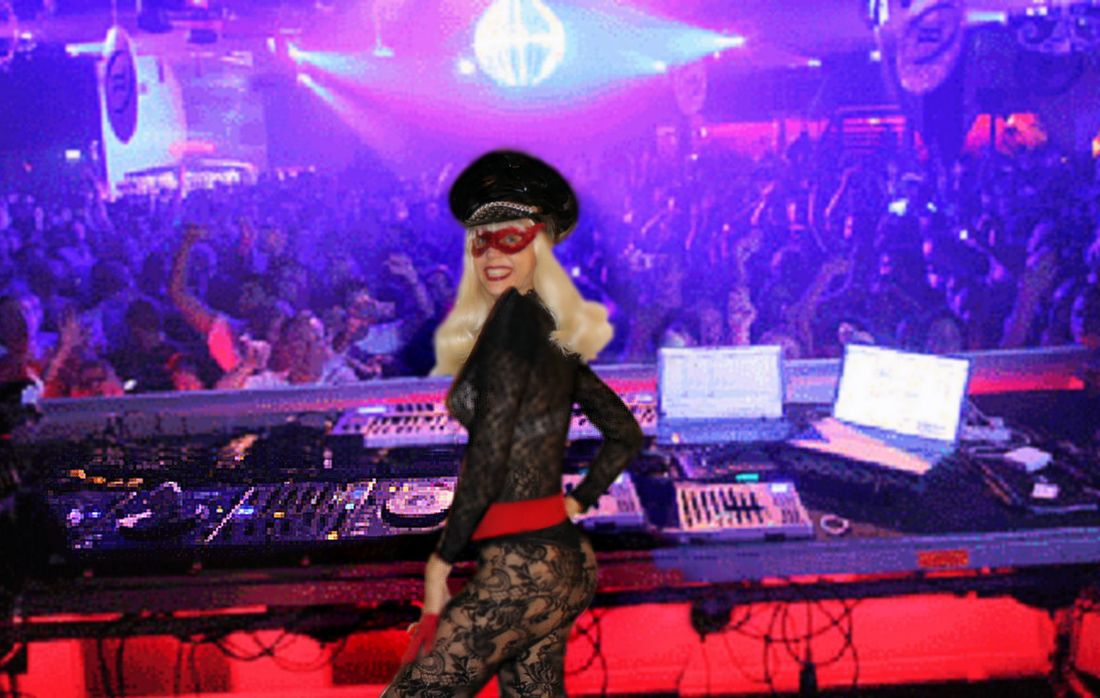